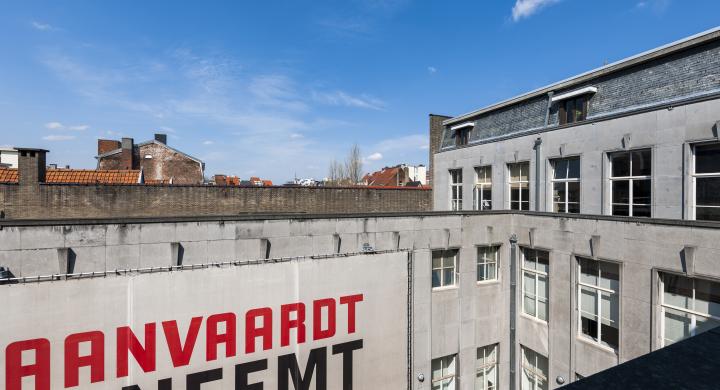 The Letterenhuis in a nutshell

The Letterenhuis is the largest literature archive in Flanders. Its mission is to safeguard the literary heritage. You can visit the reading room to consult the extensive collection for research. In the museum there is a permanent exhibition about 200 years of literature in Flanders.

Since January 2004, the Letterenhuis has been recognised by the Flemish government as the literary archive of and for Flanders.

This recognition provides important support for the operations of the archive and allows the Letterenhuis to extend, strengthen and optimise its operations further. Its own collection is stored in optimum conditions and made accessible according to international standards to allow it to be studied by researchers. The Letterenhuis also deploys its expertise in the whole field of literary heritage, and maps the needs and requirements of it.

The Letterenhuis has been in existence since 1933 and is the largest literary archive in Flanders. Manuscripts, letters, documents, portraits and photographs of Flemish authors are collected, preserved, and made accessible.

Not just authors’ archives, but also archives of literary magazines and publishers are part of the collection. The starting date for the collection is around 1780.

As the ‘memory of Flemish literature’, the Letterenhuis has more than 2 million letters and manuscripts, 130,000 photographs and 50,000 posters. The literary correspondence, manuscripts and documentation provide an excellent source of material for research, text editions, biographies and the history of literature. The holdings can be consulted online via the Agrippa database and all documents can be requested and consulted in the reading room.

The Letterenhuis preserves the literary heritage and makes it accessible for scholarly research.

The general public can learn about it in an exhibition which features the treasures of the archive. The fascinating story of Flemish literature in the nineteenth and twentieth centuries is presented in a permanent museum exhibition. Temporary exhibitions also highlight aspects of the Flemish literature (and its history).